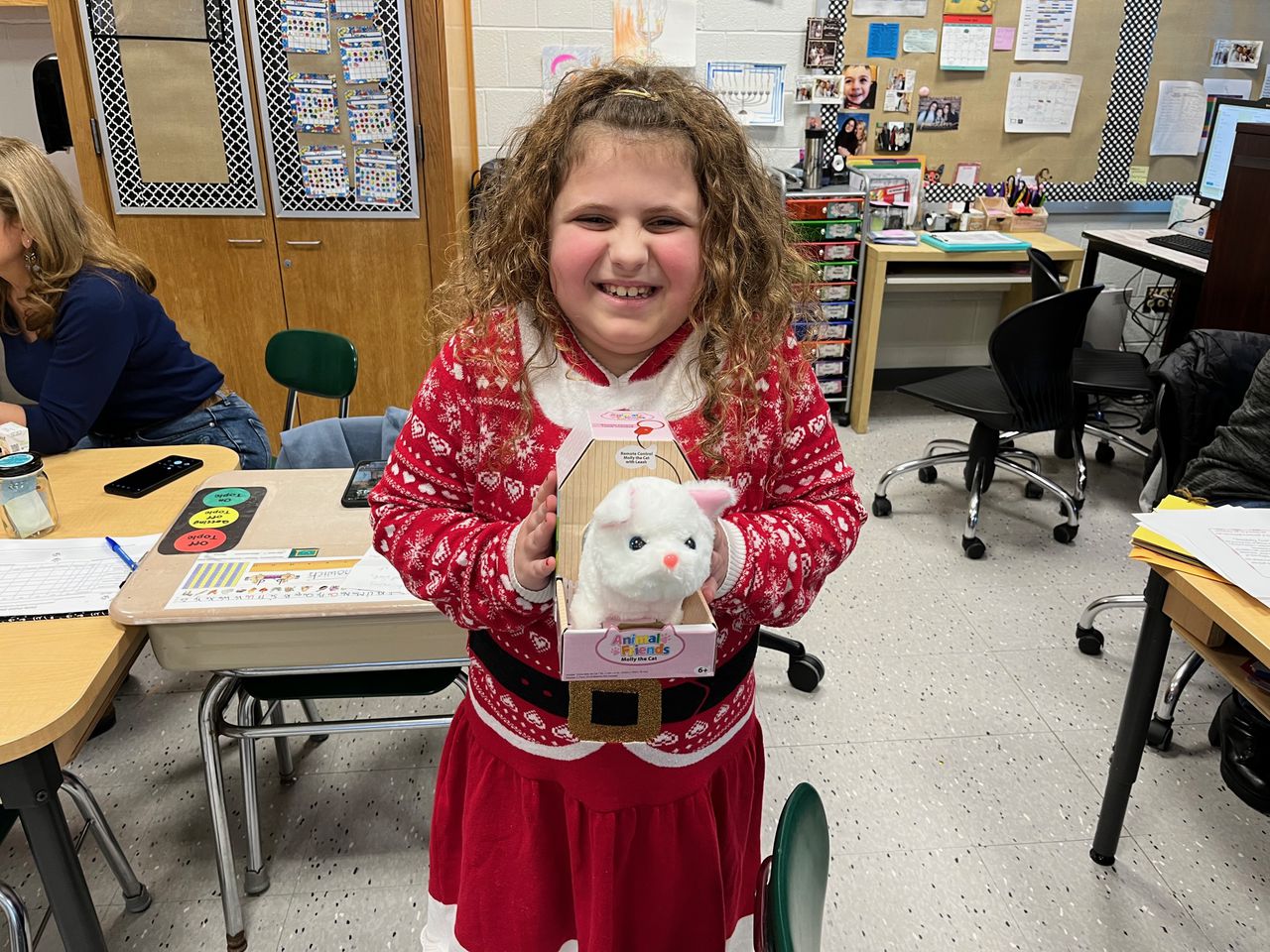 IN CLASS: This feature is part of an ongoing education column highlighting the various activities that engage school communities.

Person Centered Care Services (PCCS), a non-profit creating social change within communities by supporting people with disabilities on their search for identity and acceptance, held the event in partnership with District 75 schools, including PS 373R and its eight sites and PS/I.S. 25 South Richmond High School’s North Shore annex.

It provided 790 students and 650 administrative staff with gifts hand-picked and crafted by the non-profit’s Day Habilitation (Day Hab) program, which is led by Gabriella Nuara. The program is designed for adults with disabilities to volunteer and get involved in the community. Members organize and orchestrate the holiday drive year after year, by planning, shopping, wrapping and crafting for the students.

This year, the drive kicked off on Dec. 14 at PS/I.S. 25, followed by PS 373R from Dec. 19-23, which included its main and mini-site in New Brighton, as well as the following co-located sites: Morris Intermediate School (I.S. 61), Brighton Heights; PS/I.S. 48 in Concord; PS 8 in Great Kills; PS 6 in Tottenville; PS 58 in New Springville, and the Staten Island School of Civic Leadership (PS 861), Graniteville.

The non-profit visited the school sites with its Day Habilitation program, as well as community volunteers, to deliver presents specifically requested by each student.

The drive began in 2014 by Nicole Donnelly (formerly Cordero) of PS 373R, who told PCCS’s Alexa Donnelly, the program manager of Day Hab at the time, about an idea to do the non-traditional toy drive.

“We never in our dreams imagined it would grow this big or continue this long, but we are so thankful it has,” said Donnelly. “Now more than ever we have to ramp up our fundraising efforts to continue to maintain this amazing effort. We are not only creating relationship and opportunities for adults with disabilities to make an impact in their community, we are also sharing information about jobs, services available to the children in these schools, future partnerships — and who doesn’t love getting a personalized gift they asked for in the mix!”

PCCS raised over $8,000 through crowdfunding and community donations, according to the organization. It also hosted a dine-in fundraiser at Jimmy Max on Oct. 25 with a portion of the proceeds going toward the drive. And through the partnership with PS/I.S. 25 North Shore Annex, PCCS hosted an ice-skating fundraiser at the Staten Island Skating Pavilion on Nov. 5.

Donations can be made to next year’s holiday drive at www.pccsny.org/donate.

A bowl-a-thon fundraiser will be held at Rab’s Country Lanes in Dongan Hills on Jan. 23. To register visit: https://forms.office.com/r/Aegea8sT9n.

PCCS is a non-profit organization advocating for social change within communities by supporting different groups of people in their search for identity and acceptance. It has been dedicated to supporting people with disabilities and providing access to equitable education, employment, recreation and housing opportunities.

As part of a nationwide $2 billion commitment to help bridge the digital divide, AT&T worked with New York City to provide 2,500 laptops to non-profits serving families experiencing homelessness, according to a news release.

The refurbished donated laptops were given to families across the five boroughs — with a focus on those who are experiencing homelessness — to support participation in online learning and digital life. It was made in partnership with the mayor’s office, New York City Department of Social Services (DSS), and non-profits Digitunity, Human-I-T and Electronic Access Foundation (EAF).

According to AT&T, this initiative is especially important, as more than 945,000 estimated K-12 students in New York City lack access to reliable internet service, computers, or skills needed to benefit from the online world.

“Access to reliable internet and computers are no longer a luxury, but a necessity,” said Mayor Eric Adams in a statement. “These tools are vital to succeeding in school and work, and staying connected as a society. Bridging the digital divide is at the heart of building a more equitable city and I thank AT&T and Digitunity for their collaboration and generous donation of laptops to New York City’s most vulnerable families.”

In addition, AT&T is collaborating with the Public Library Association (PLA) and two national digital equity non-profit organizations, Digitunity and Connected Nation, to provide free educational resources to help families participate in digital engagement and learning. This includes The Achievery, a new, free digital learning platform created by AT&T to make digital learning more engaging, entertaining and inspiring for K-12 students, according to the release.

AT&T noted that as digital learning becomes increasingly prevalent, students who lack computer or reliable internet service are at a disadvantage, which is why AT&T and New York City partnered to support student access to these digital devices and online resources.

“AT&T is honored to be joined by Mayor Adams and DSS to work with these important nonprofits that serve some of the city’s most vulnerable families across the five boroughs to help close the digital equity gap in New York City. Many students in New York lack the devices needed for online learning — and we are dedicated to fixing that inequity,” said Judy Cavalieri, vice president and general manager, AT&T New York, in a statement. “Access to computers is vital in helping to bridge the digital divide and we are glad we can provide these resources to those that need them most.”

SEND US YOUR STORIES

Do you have a story idea for the In Class education column? Email education reporter Annalise Knudson at aknudson@siadvance.com.