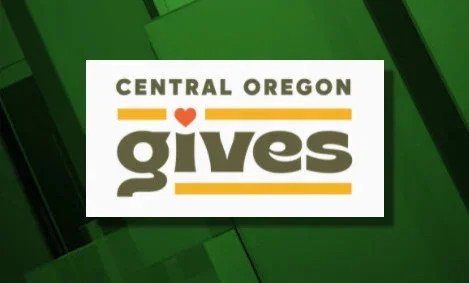 BEND, Ore. (KTVZ) — Friday night at Worthy Brewing, during a reception for winners of the 2022 Central Oregon Gives campaign, The Source Weekly announced that the popular end-of-year giving project had topped $1 million in revenues in 2022 for the first time, bringing the total raised by the campaign to nearly $3 million for more than 80 nonprofits since the start of the project in 2018.

“The Central Oregon community has shown such enormous generosity through this program,” said Aaron Switzer, founder of the microdonation campaign that has evolved into the region’s most valuable partner for nonprofits for end-of-year giving solutions. “This year’s success demonstrates what can happen when the giving process is simplified. I think we’ve only just begun to see what’s possible with this amazing program.”

At the Friday night winner’s reception, Switzer announced the winners of the 2022 fundraising contest. It was nearly a dead heat, but once again The Giving Plate raised the greatest amount of donations in 2022, earning $269,844. Saving Grace, which offers services for domestic violence and sexual assault survivors was a close second raising $262,782.

The Giving Plate unlocked an additional $15,000 prize from an anonymous donor for winning the top fundraising prize. Funds will be put toward the organization’s $3.5 million capital campaign to build a free community food store in the heart of Bend’s Makers District. To learn more about The Giving Plate’s capital campaign visit www.thegivingplate.org/building.

“Thank you so much to our supporters and friends for helping us win the grand prize!” said Ranae Staley, executive director of The Giving Plate, which is the largest food pantry in Central Oregon and provides meals for more than 3,500 people each month. “Your generosity helped us reach our year-end goals and step into 2023 ready to help our neighbors in even bigger ways.”

In addition to The Giving Plate, five other organizations are taking away $2,000 grants for their fundraising successes across several categories. including:

The Central Oregon Gives digital platform provided the funnel for 1,763 people to give generously to causes including affordable housing, animal rescue, environmental preservation, basic needs, and protection of children and seniors. In total 2,411 individual donations were made. Of those, 718 donations were less than $25 demonstrating the power of the online giving platform to engage small donors in supporting the diverse needs of our region.

The successful 2022 campaign had marked a major shift in the Central Oregon Gives program. Beginning in 2022, a new foundation was created to support the giving campaign, allowing for growth and additional financial stability. Nonprofits were also required to apply to participate in the program and asked to make a commitment to actively partner with the program to spread the word. Program data showed that fewer nonprofits participated but those that did saw greater success on average than in years past.

“This year was a turning point for Central Oregon Gives,” said Switzer. “We couldn’t be happier with the results and are excited to see what we can continue to achieve in partnership with nonprofits and the Central Oregon community.”