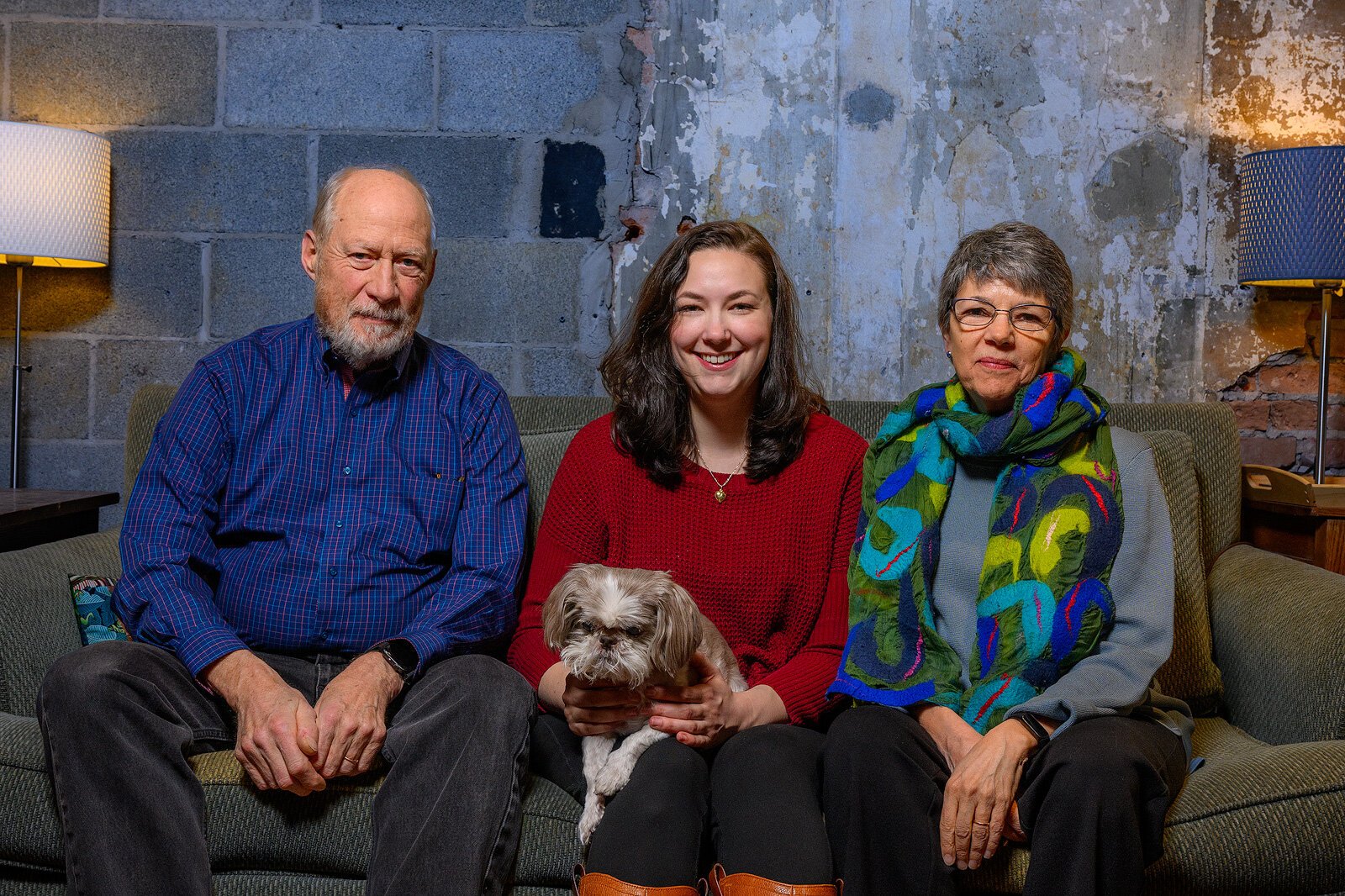 The city of Ypsilanti teems with artists exploring a variety of mediums and topics, and their work can be found in the city’s numerous art galleries, which include both established spaces and newer upstarts.

One of the city’s many galleries is The Gallery at 22 North, 22 N. Huron St., run by husband-and-wife duo Nan Plummer and Will Spencer.

“When we bought the building, we were just looking at the loft apartment upstairs,” says Plummer. “We managed to have a season, and we responded to who walked in the door. We offer people opportunities that don’t exist everywhere.”

One of those opportunities, Plummer says, is the ability to show art that explores topics that “you just might not want to live with.” Because the gallery only takes a 15% commission when artists hang a show with them and artists aren’t charged for use of the gallery, the space is much more affordable than other commercial gallery spaces, allowing artists to put on shows that explore difficult and personal topics. 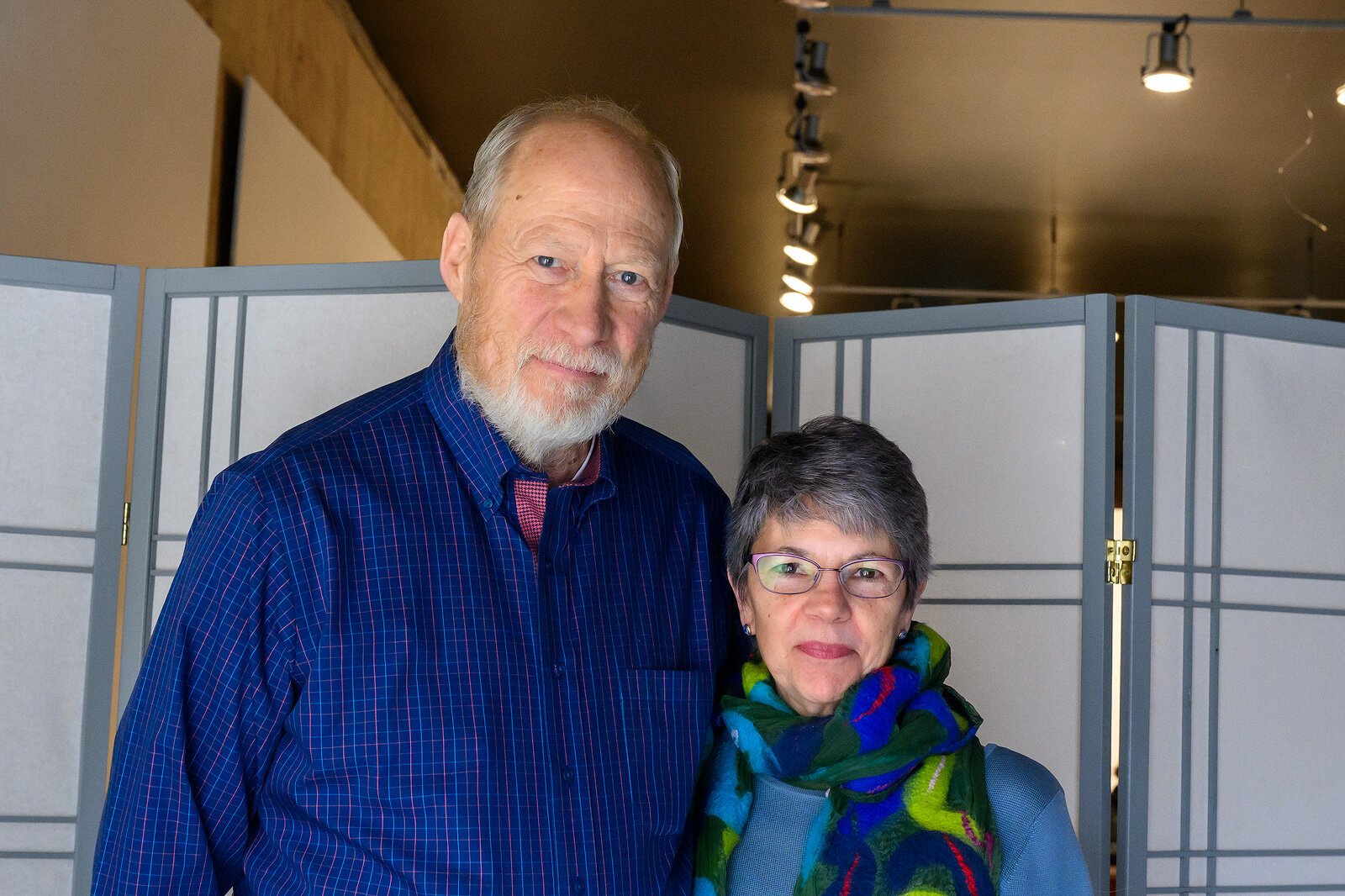 The Gallery at 22 North co-owners Will Spencer and Nan Plummer.
“Some of the shows on climate or issues of race or political outrage, you just might not want that over the dining room table,” explains Plummer. “But we don’t have to sell it. It’s important to the expression, and the artists.”

But when artists do have work to sell, 22 North is happy to provide a space to do so. The space also serves to educate students pursuing art careers. The gallery regularly hosts Eastern Michigan University’s Master of Arts and Master of Fine Arts graduate exhibition. The latest student show will open in March.

“We work with the artist to share the workload,” Plummer says. “Some want to hang everything themselves. We’ve had some groups of young people who have never done that, and that’s what the MFA students learn how to do.”

“Artists create culture where they land, and that’s what’s happened here,” she continues. “There’s no one right way to do it. All galleries are different.”

Plummer’s daughter, Maggie Spencer, worked extensively at 22 North before taking her talents less than a block north to 76 N. Huron St. – the home of Riverside Arts Center (RAC), where Spencer has been manager of operations since September of last year. RAC’s many facilities include an art gallery. 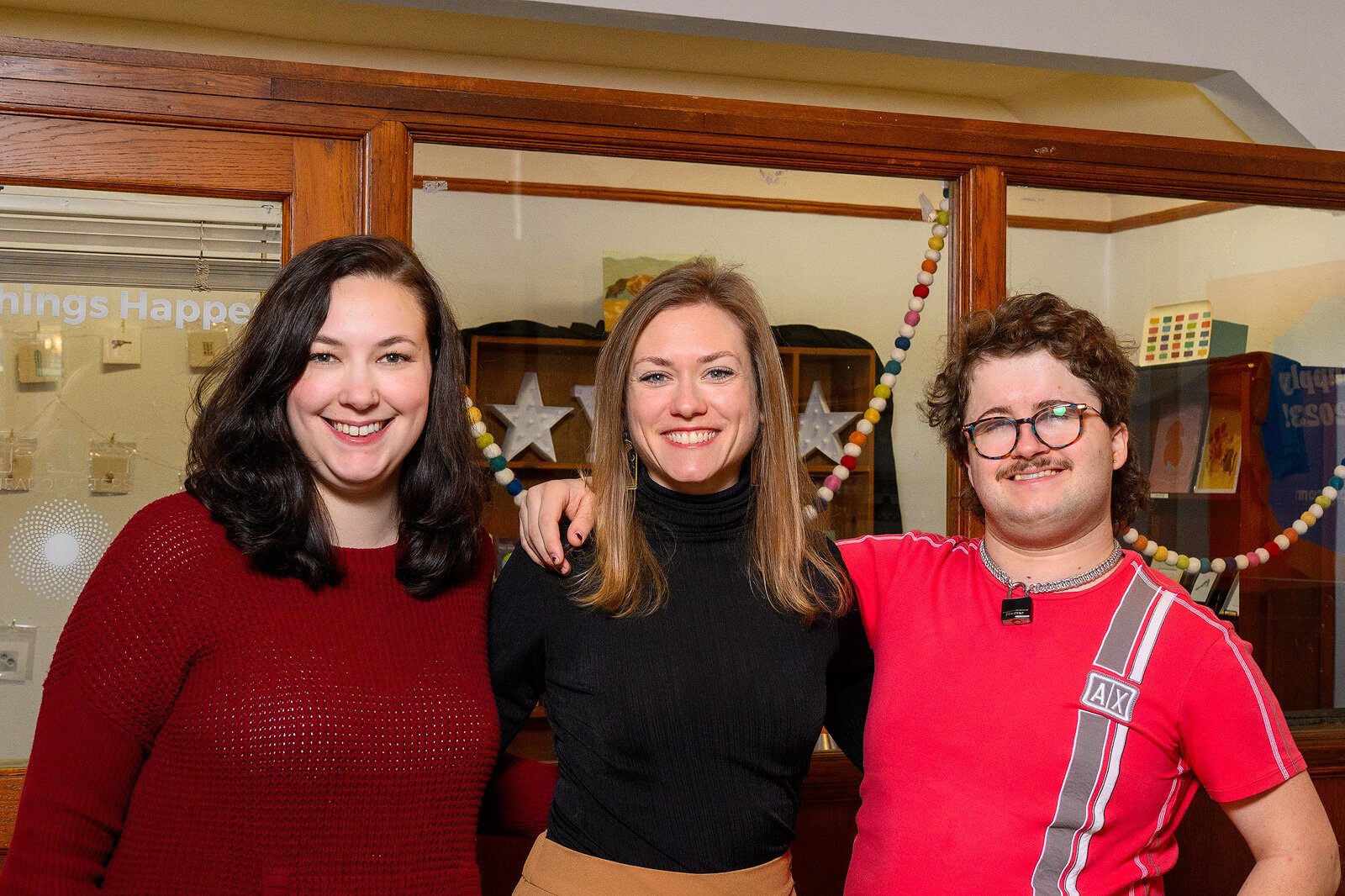 Maggie Spencer, Liz Warren, and Grey Grant at Riverside Arts Center.
“We want to create a space where local artists can come and show their work without paying astronomical application fees,” Spencer explains. “We want to give them an opportunity to say that they’ve shown work in a professional art gallery.”

Working alongside Spencer are RAC Executive Director Liz Warren and Administrative and Marketing Assistant Grey Grant, who share Spencer’s vision of creating an art space that is accessible to all.

“We are one of the few places in walking distance that someone without a car can go to and experience fine art at no to low cost,” Warren says. “Art can be exclusionary and elitist at times, and we are trying to break down that barrier.”

RAC offers gallery space to local artists and theater programs like PTD Productions, Center Stage Productions, and Neighborhood Theatre Group. The center has also offered its space to nonprofits such as Ozone House and Big Brothers Big Sisters of Washtenaw County to further the center’s mission of serving and engaging the community.

Community-driven work drew Grant to work at RAC, describing it as “a wonderful way to combat a lot of displacement” caused by the COVID-19 pandemic. 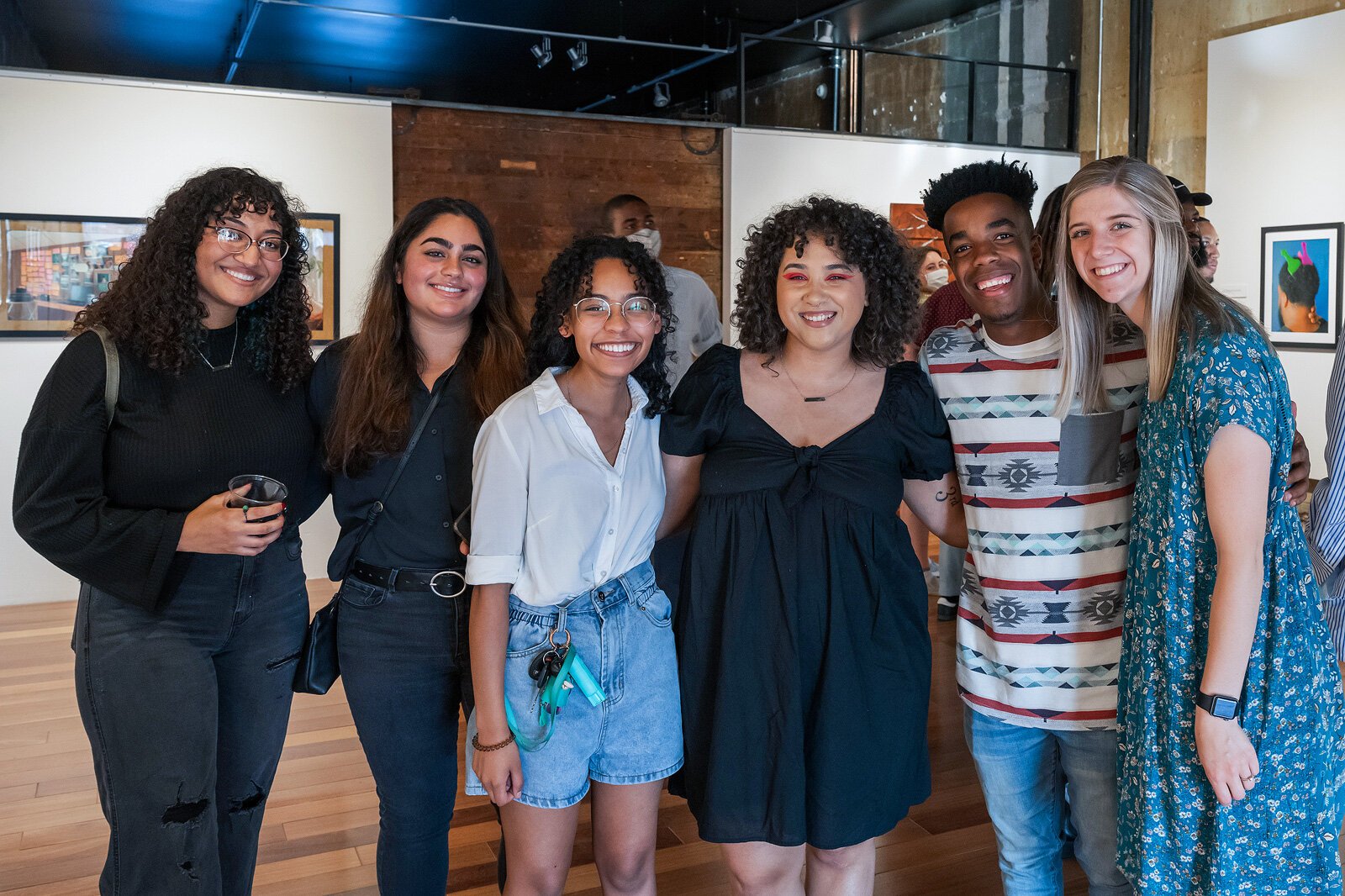 The opening for Home: At Ease at 22 North.
To continue serving the community to the best of RAC’s ability, Warren says a series of three community discussion events, starting in February, will focus on what Ypsilanti residents want out of RAC during its 2023 season. Each session will focus on three different categories: artists and curators, parents and teachers, and nonprofits and community leaders. Anyone in the community is welcome to attend.

“Once we get feedback, we’ll synthesize what we’re hearing, then create programming based on that,” she says. “We want to know what people are asking for.”

Both Plummer and RAC staff share a passion and desire for uplifting artist work and voices that are not always showcased in the professional art world. This passion is also in abundance at the gallery at Stone and Spoon, owned and operated by Jen Eastridge, who also owns Unicorn Feed and Supply.

Stone and Spoon, 110 W. Michigan Ave., utilizes an upstairs gallery space for solo and group shows, as well as community events for both of Eastridge’s stores, ranging from charcuterie classes to Halloween costume and craft parties. Eastridge describes the space above Stone and Spoon, which is open Tuesday through Sunday, as both a gallery space and a communion space.

“I thought it was not only an opportunity to utilize the space, but also another way for me to intentionally support people who got hit really hard by the pandemic,” Eastridge says. 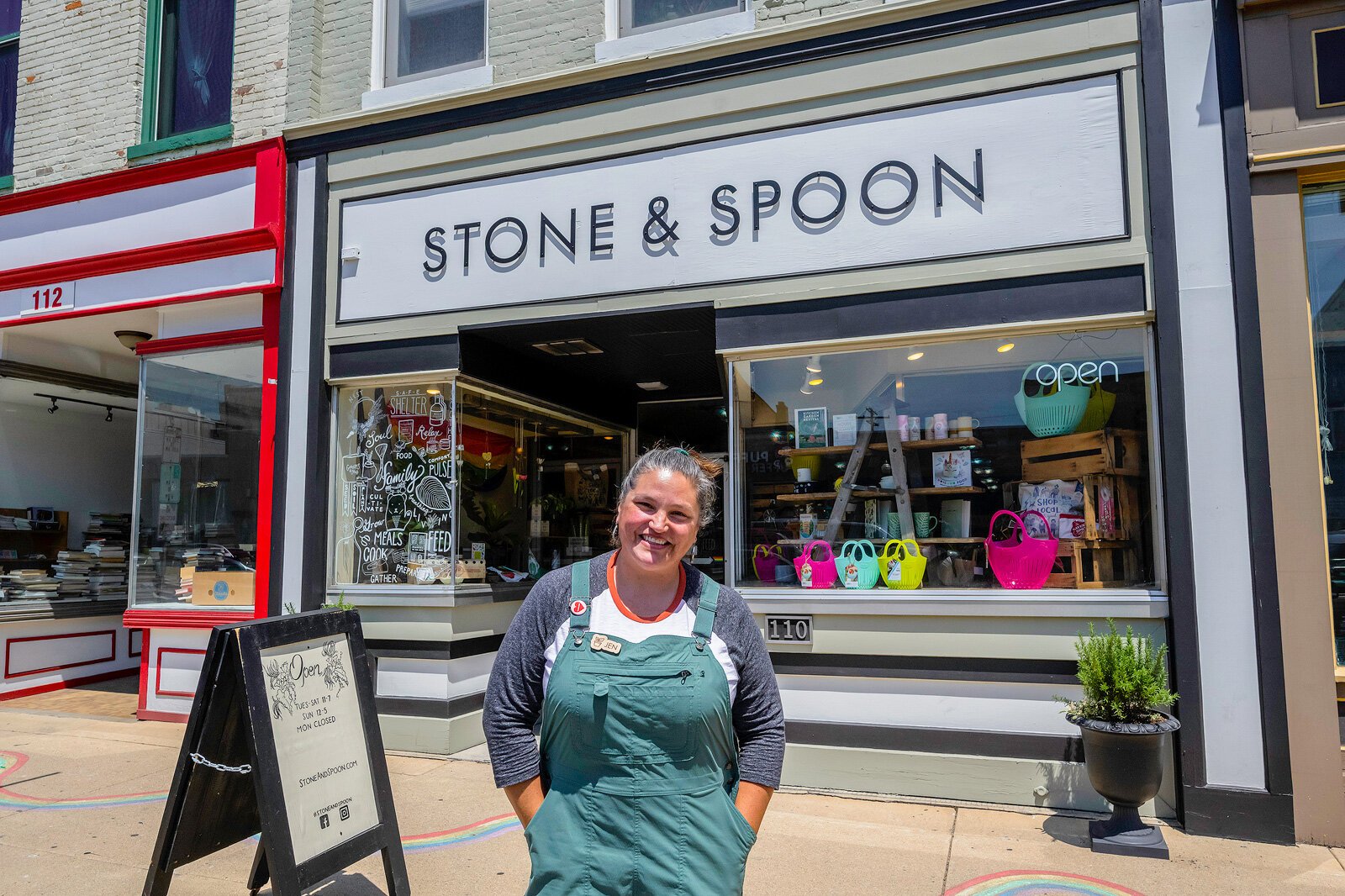 Many artists experienced challenges in the midst of the pandemic, whether they were unable to put on local gallery shows, or were unable to create as much art as they did pre-pandemic due to stress or burnout. Eastridge says artists also suffered from a lack of ability to connect with each other during the pandemic.

“It’s powerful when other artists show up for you,” she says. “It’s been neat to watch artists connect and reconnect with each other. A lot of people I’ve shown work by have returned to their artwork and creative side [due to the pandemic.]”

Eastridge says she feels a deep need to use the gallery as a “launchpad” for artists who may not be considered by other galleries.

“Ypsi strikes me as a place that takes on unusual creative ideas and people. It nurtures creatives,” she says. “I really encourage people to come out for the opening reception of the different exhibitions to talk to artists and be a part of the community.”

All photos by Doug Coombe.