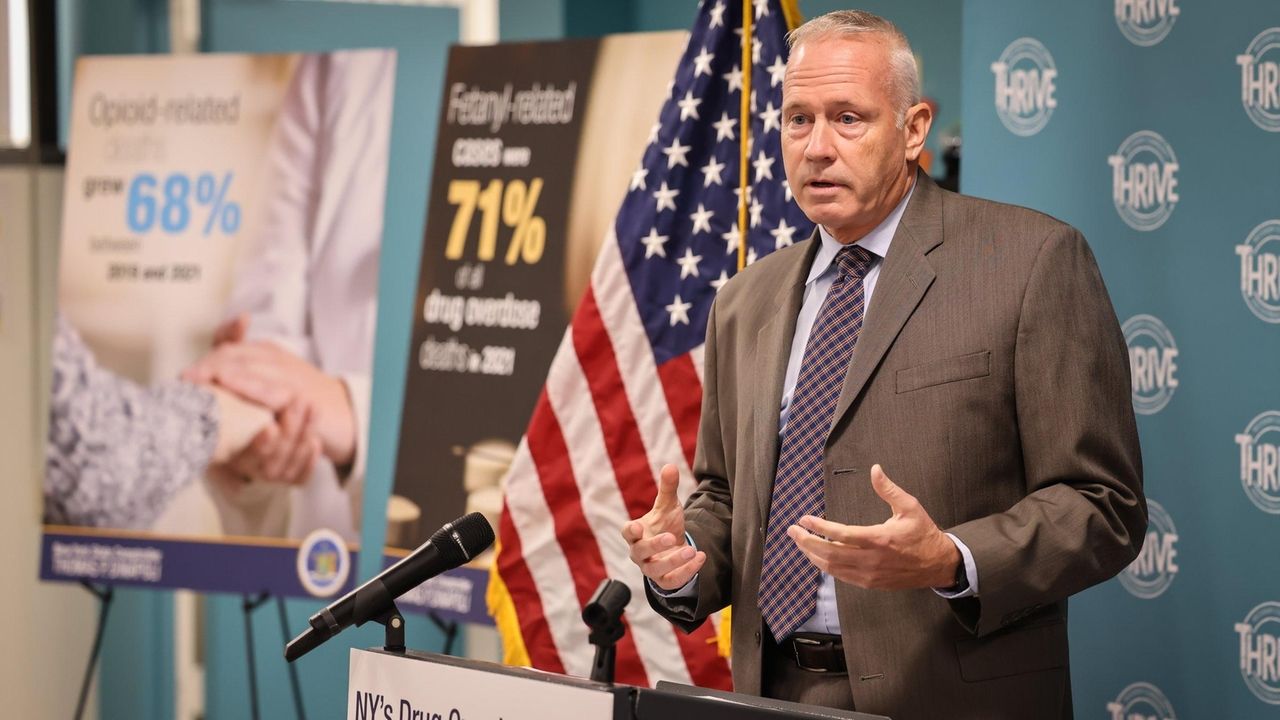 As Long Island faces difficult economic headwinds spurred by inflation and other factors, nonprofit organizations say they must guard against giving fatigue as they look to finance their programs at a time of surging demand for help.

While “not every nonprofit fits into the same box,” according to Theresa Regnante, president and chief executive of the United Way of Long Island, economic uncertainties call for nonprofits like hers to be “nimble” and devise a diverse fundraising strategy, drawing on an array of corporations and private donors, for instance.

At a time of rising inflation and the accompanying uncertainty — at least one local financial manager predicted a challenging economic climate for nonprofits this year — several nonprofit executives said they are redoubling their efforts to pursue multiple funding streams.

“An organization in today’s environment has to be very nimble and have relationships in a lot of different places,” said Regnante. “United Way, because of how we’re structured, we’re not necessarily dependent on any one event or one stream [of funding]. We have an $18 million budget. That $18 million has to be raised.”

Meanwhile, an expert with an organization that tracks philanthropy nationally said while donations are robust, what people give as a percentage of their income has not risen in decades. And while the amount of money going to charity grew in 2021 over 2020, when inflation is factored in, charitable giving has remained essentially flat.

In fundraising, ‘looking for any advantage’

According to Giving USA 2022: The Annual Report on Philanthropy for the Year 2021, individuals, bequests, foundations and corporations gave an estimated $484.85 billion to U.S. charities in 2021, a 4% increase over 2020 contributions.

“However, while giving increased in current dollars, it remained flat (-0.7%) after adjusting for inflation,” the report said.

The Giving USA report added: “The story of charitable giving in 2021 is closely tied to the events of 2020, a historic year that included a pandemic, economic crisis and recovery, efforts to advance racial justice, and an unprecedented philanthropic response. In 2021, Americans continued giving more generously than before the pandemic. However, the growth in giving did not keep pace with inflation, causing challenges for many nonprofits. In 2021, many donors returned to their favored causes, with many of the sectors that struggled in 2020 making a recovery in 2021.”

The Giving USA report is published by Giving USA Foundation, a public service initiative of The Giving Institute.

Poonam Prasad, on the executive committee and board of the Giving Institute and running a fundraising research firm based in New York City, said that while the amount of charitable donations has increased over the year because of inflation, what people give as a percentage of their income hasn’t budged in decades.

“We’re concerned with the 2% that people have been giving — the approximate average — it hasn’t changed in many years. For decades,” Prasad said.

Ken Cerini, managing partner of Cerini & Associates, a Bohemia-based accounting firm, suggested the economic climate overall for nonprofits was a challenging one.

“We anticipate funding for the sector will be down for 2023, with health and welfare organizations seeing an increase in demand in 2023,” he said.

Cerini added: “As a result, nonprofits are looking for any advantage they can get to help them increase their fundraising results.”

Rebecca Sanin, president and chief executive of the Health and Welfare Council of Long Island, said in an email that in light of the challenges, “nonprofits that are overly reliant on government funding will need to build new growth models and innovate in a time in which many organizations are struggling to identify, hire and retain talent amid escalating community need.”

She suggested nonprofits should “build alliances with other sectors to meet the needs of our region’s families. We will need to be creative and both attract new funders to our region and help guide individuals with financial resources to invest locally and demonstrate the return on that investment.”

Regnante said there are a lot of different funding streams “that make up the pie of most nonprofits.” She said some social service nonprofits, for example, can look to government contracts for the services they provide.

But United Way can’t tap into government contracts. The organization’s funding comes from competitive grant funding, money from foundations, donations from individuals and events conducted by the organization, which develops programming and funding for 100 “community partners” in the areas of education, health and financial support.

“All of our fundraising has got to be relationship driven,” Regnante said. “We have a board of directors where we have 50 members on it. We need that prowess, if you will, and that impact from our board members affecting gifts from their employers.”

A “significant” gift of $350,000 to United Way for its Project Warmth emergency heating assistance program this year came from the National Grid Foundation, Regnante said. “That’s a $100,000 increase from that one entity year over year. That’s a huge gift. Not too many foundations and companies are writing checks of that magnitude.”

Jeffrey Reynolds, president and chief executive of Garden City-based Family & Children’s Association,  said that “even [for] those of us who get a fair amount of government contracts, you still need private fundraising dollars because the government contracts often don’t pay for the entire program.”

Reynolds said his organization has a $24 million budget this year and plans to raise $2 million through donations from foundations, individuals and corporations.

“If you ask if I’m worried, I’m always worried,” Reynolds said. In good economic times, he said he worries that people won’t give as much because they think everyone is doing well. Conversely, he worries that in a down economy, giving will be reduced because finances are tighter.

Still, he said he didn’t foresee a situation this year of a “really strong recession. I think that would be a game-changer and could result in a perfect storm: unparalleled human needs but no resources. I don’t think we’re walking into that.”

Reynolds said attracting big money from the parts of Long Island outside of the Hamptons is difficult.

“The reality is it’s never easy to raise funds on Long Island,” he said. “While there’s a lot of charitable people on Long Island, you don’t see the kind of money you see in New York City or the Hamptons.”

While two foundations on Long Island have either closed or moved off the Island — the Hagedorn Foundation and the Rauch Foundation, respectively — the Long Island Community Foundation remains and distributed nearly $9.4 million in grants last year to local nonprofits.

David Okorn, executive director of the community foundation, said the economy and inflation rates were “unsettling.”

Nevertheless, he said: “Our record of financial management is an important element of how we serve donors and nonprofits and grow the community’s charitable capital. We are built for good times and bad times and endowments matter …”

Sidney Joyner, chairman of the board of the Urban League of Long Island, said “so far we are steady and moving up, in terms of our ability to raise funds.” He said he was particularly pleased the group received a $1.14 million federal grant in December for its workforce development programs.

Joyner said one obstacle in fundraising was convincing potential donors that there is great need on Long Island, which is perceived as a uniformly wealthy region.

“They assume we’re rich. We have to overcome that. There are a lot of people facing tremendous challenges.”