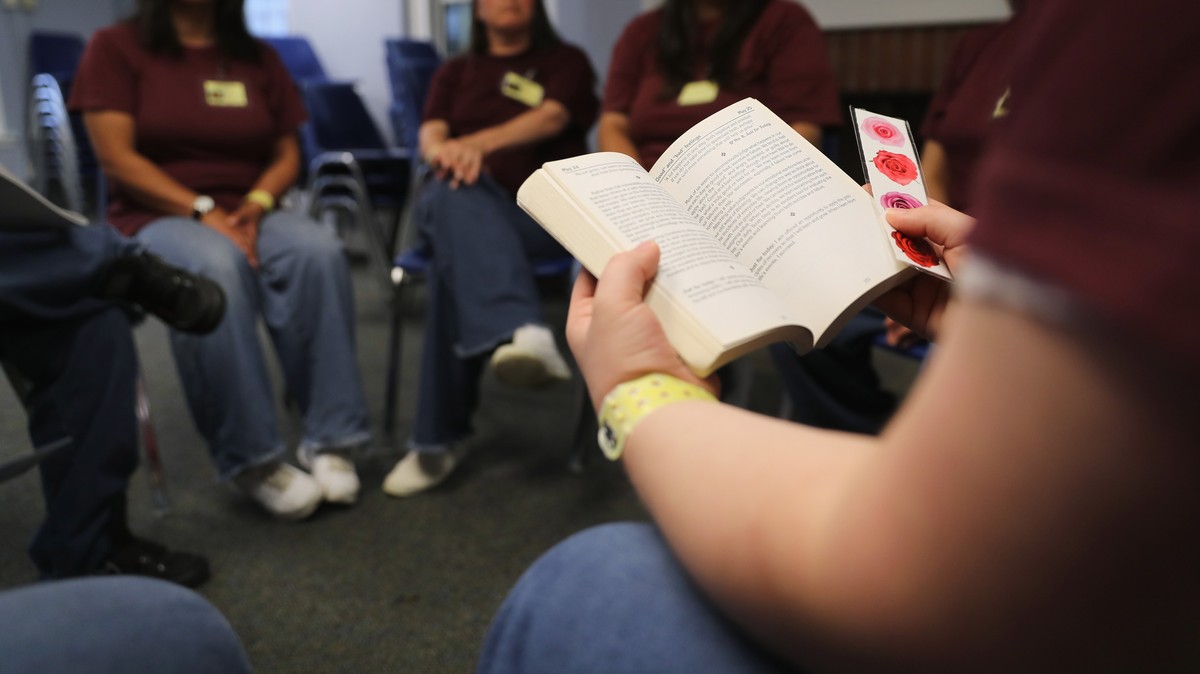 Books can offer a huge range of benefits to incarcerated people, giving them access to education, comfort, and skills that can help them re-enter society. But U.S. prisons are known for restricting access to thousands of books, often for reasons that seem arbitrary or nonsensical.

In Michigan, documents obtained through a public records request and reviewed by Motherboard show that from 1998 to April 2022, the state’s Department of Corrections (DOC) has restricted inmate access to roughly 1,000 books. The banned titles range from classic literature and contemporary fiction to commercial drivers license manuals, foreign language learning guides, and books about coding. Even Dungeons & Dragons rule books made it onto the list of prohibited reading material.

While the reasons for the book bans varied, nearly half of the texts were restricted after being loosely described by the DOC as a “Threat to the order and security of the institution.” In 2021 alone, the Michigan DOC added more books to this list of restricted publications than it had in the previous decade.

“People in prisons have First Amendment rights, and there needs to be some scrutiny of the limitations that prison officials put on the materials that incarcerated people have access to,” Adam Steinbaugh, an attorney at the free speech and education group FIRE who originally filed the request, told Motherboard. “If they can just categorize anything and everything as a threat to order and security, they can pretty much limit anything they want to.”

Some of the titles on the list include Brave New World by Aldous Huxley, The Girl With The Dragon Tattoo by Stieg Larsson, The Art of War by Sun Tzu, and informational books with titles like Grant Writing For Dummies, How Computers Work, How To Start A Trucking Company, and German in 32 Lessons.

Steinbaugh says the book bans have a deleterious effect on expressive rights.

“To people who are often in cages or in facilities that are among the most secure in the world, it sends the message that words and ideas are a threat to that security, and as a free speech advocate that’s pretty hard to square because ideas can be powerful but they are not that immediately a threat to security and order,” he added.

The Federal Bureau of Prisons (BOP) regulations state that publications can only be rejected if they are found to be “detrimental to the security, good order, or discipline of the institution or if it might facilitate criminal activity,” according to the National Institute of Corrections. But Andy Chan, a volunteer with the Seattle-based nonprofit Books To Prisoners, which fulfills inmate requests for books, explains that each state adheres to its own sets of policies for restricting access to books

“There’s different layers [of decision making], from the Department of Corrections down to the individual superintendents of the prison down to the mailroom sergeants and whoever happens to be working in the mailroom whenever a package comes in,” Chan told Motherboard. “I mean, if they see something with what they have determined at whichever level is a threat to the good old order of the community, they can typically reject it.”

In other words, much like when books are removed from schools and public libraries without clear acquisition policies, the process is totally subjective. In Michigan, prison wardens get the final say on what books end up on restricted publications list, taking recommendations from deputy directors that hold hearings to determine whether a “representative sampling” of the written content violates its policy.

Once a book in Michigan ends up on the restricted publications list at one of the 31 prisons in the state, it becomes a banned book for every prison in the system. Chris Gautz, public information officer for Michigan DOC, told Motherboard in an email that the DOC is in the midst of updating its policy, but didn’t elaborate on whether this would include reviewing or removing books from the state’s list of banned titles.

Michigan is a difficult state to work with, Chan says, because their DOC requires that books come from a small list of hand-picked online vendors—and nonprofit book distributors that work with inmates are not one of them. While inmates may receive a written notice that they won’t be receiving their mail, nonprofits like Books To Prisoners often don’t receive any sort of confirmation if an inmate’s book was tossed out.

“We have had an understanding since at least 2002, and possibly before then, that we cannot send books to most incarcerated people in Michigan,” he said.

Prison book bans like those in Michigan are troubling to librarians and other information access advocates, who draw parallels with recent efforts by right-wing groups to remove titles from schools and public libraries—particularly those written by queer and marginalized authors.

Keri Blakinger, an investigative reporter who worked on a database that tracks which books prisons don’t want incarcerated people to read for nonprofit criminal justice-focused newsroom The Marshall Project, says books can act as a kind of pressure release valve for incarcerated people. Therefore, restricting access to books can stoke tensions, making the stressful environments where they live and work even more dangerous.

“That can mean not having air conditioning and then tensions run high in the heat,” Blakinger told Motherboard. “That can mean creating this sort of manufactured scarcity by not having enough food or enough hygiene items or locking people in their cells and not letting them out. All of these things create a less safe environment because you’re taking people who are confined and stressed and struggling with mental health and addiction issues, and you’re adding all of these unnecessary stressors and as a result making these institutions less safe.”