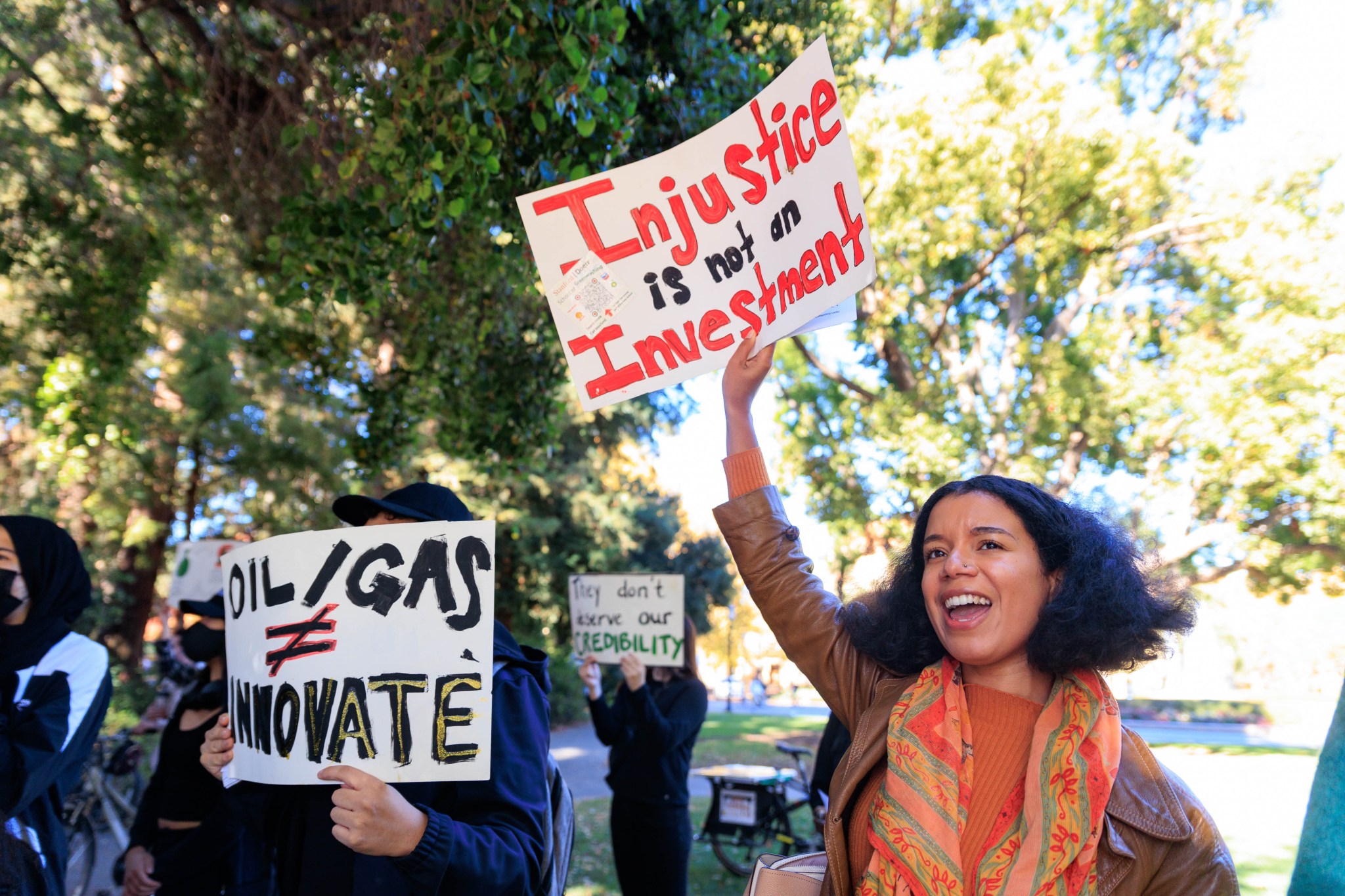 University President Marc Tessier-Lavigne formed a committee to review research funding from fossil fuel companies for all University research on Dec. 12. The committee will expand on issues raised during the listening tour by Stanford Doerr School of Sustainability Dean Arun Majumdar, evaluating the role of fossil fuel funding beyond the Doerr School of Sustainability.

The committee is tasked with reviewing existing funding from fossil fuel companies and comparing these current relationships with alternative approaches.

According to University spokesperson Mara Vandlik, the new committee will not review the prospect of divestment. “The committee will address fossil fuel funding of research, not divestment, and a summary of the report will be made available,” Vandlik wrote.

“I am grateful for their commitment to this effort, which I know is of great interest to many in our community,” Tessier-Lavigne wrote in a Jan. 9 email. The remaining members of the committee will be appointed by Tessier-Lavigne and announced later this quarter.

Brest authored the Law and Policy Lab report “Developing an Outcomes Framework for the Stanford Doerr School of Sustainability,” which focused on measures of success for the new school. The report did not explicitly address the school’s relationship with oil and gas companies.

No timeline has been announced, but the committee is expected to publish a report of its findings available to the public. According to the Stanford Report, this report will “guide university decision-makers in considering any necessary changes to current policies and practices regarding funding from fossil fuel companies.”

Fossil fuel companies have a long history of funding research at Stanford, primarily within the School of Engineering and Stanford Earth, now in the Doerr School of Sustainability. Funding typically comes directly from individual companies for specific research projects or through Industry Affiliate Programs that pool resources from industry, government agencies and nonprofits for general areas of research.

Before the sustainability school opened, the University faced criticism from Fossil Free Stanford, which called for the University to divest from fossil fuel companies.

Criticism resurged in May, when the Doerr School of Sustainability was announced, with many members of the Stanford community calling on the new school to reject funding from fossil fuel corporations and interest groups.

Protests and activism were organized by the Coalition for a True School of Sustainability, a group of graduate students, undergraduates, faculty and alumni that are continuing to advocate for the Doerr School to reject research funding from the fossil fuel industry.

In response to the backlash, Majumdar held a listening tour throughout the summer and fall quarters to understand how students, faculty and other stakeholders are affected by funding from fossil fuel companies, among other aspects of the Doerr School.

Majumdar wrote in May that his listening tour would be “creating a set of shared values and goals by the end of the Autumn quarter of 2022.” Later statements by Majumdar and John Doerr, the school’s principal donor and namesake, indicated that the listening tour could guide policy regarding how the Doerr School interacts with the fossil fuel industry.

The Doerr School published findings in December from Majumdar’s listening tour. The publication highlights arguments for and against accepting funding from the fossil fuel industry without stating how, if at all, the findings would change existing policies.

“I’m open and optimistic [about the new committee],” said third-year Ph.D. student Yannai Kashtan, who is an organizer in the Coalition. “But it’s our job as students to keep pushing and make sure that this process produces something meaningful, instead of the toothless flowery language we’ve heard so far.”

The Princeton Board of Trustees established a similar committee of faculty members in May 2021. Princeton’s committee sought to implement measurable and actionable criteria to dissociate from companies involved in climate disinformation or thermal coal and tar sands development.

This article has been updated to accurately identify Kashtan as a third-year Ph.D student. The Daily regrets this error.