Putting the focus on The Black Lens: S-R editor joins forces with Williams family in plans to relaunch paper 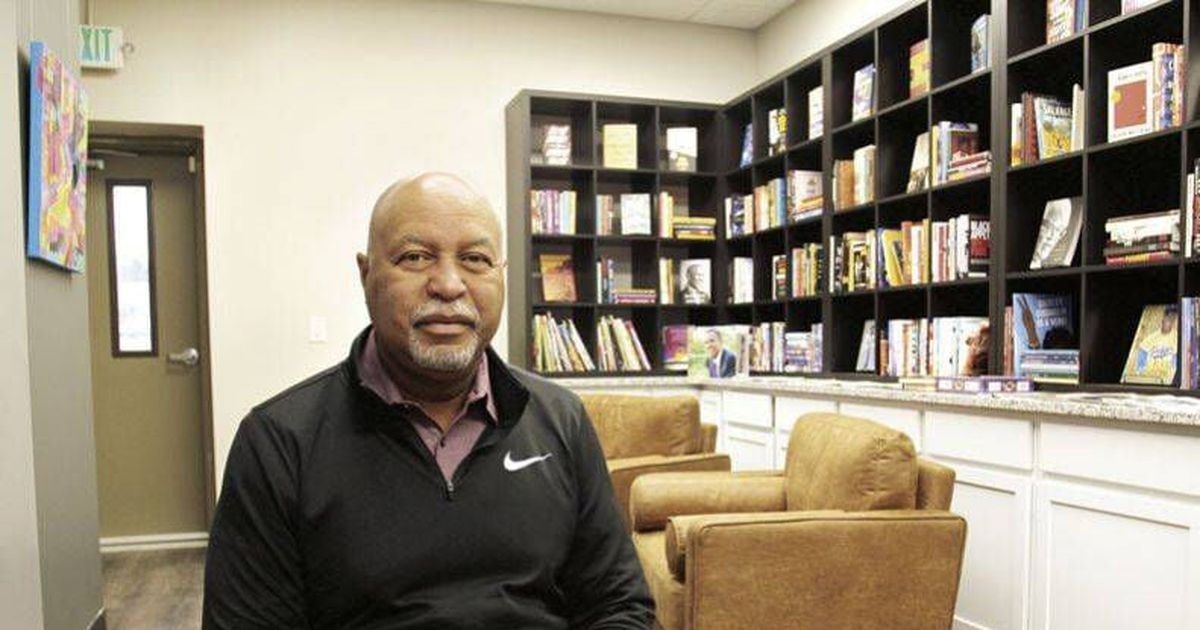 Before Sandy Williams’ death in a plane crash in September, the social activist, entrepreneur, filmmaker and executive director of the Carl Maxey Center planned to relaunch The Black Lens newspaper in February.

“She had started outlining in her head and thinking of headlines before the accident,” said Rick Williams, Sandy Williams’ older brother.

When Rob Curley, editor of the Spokesman-Review, approached Williams family members with a plan to continue publishing the newspaper in the wake of Sandy’s death, the family accepted.

“We were thrilled to have that happen,” Williams said. “It was a well-regarded asset to the Black community and Spokane community – to all.”

From Curley’s perspective, The Black Lens had an important worth in the community. From the moment that Sandy Williams died, he began to think about how he could help return the newspaper to publication, as she had planned to do.

“I wasn’t going to let my friend’s publication die,” he said.

“We think it’s that important,” Curley said. “If everything goes right, we hope to have the grant by spring and the position hired by summer.”

In addition, Curley said the plan is also to hire at least two reporters, through a series of grants, who will be based at Gonzaga University and work for The Black Lens independently of The Spokesman-Review.

Rick Williams said his sister’s lifework had been about telling her story and the stories of others, particularly those in marginalized communities. After receiving a bachelor’s degree in psychology from Washington State University, Sandy Williams went on to pursue her master’s degree in film and television production from the University of Southern California School of Cinematic Arts.

“Sandy was always a storyteller,” Rick Williams said. “The paper grew out of a conversation with our father around the time of his passing, one of his messages to her was to find a way to tell her stories.”

In fall 2021, Sandy Williams led the effort to open the Carl Maxey Center based in the East Central neighborhood of Spokane. Named to honor the civil rights leader who also was Spokane’s first Black lawyer, the center was founded with vision to be a “model for building generational wealth, educational excellence, justice, and cultural vibrancy” for Spokane’s Black community, according to the center’s website.

Sandy Williams published the last issue of The Black Lens in January 2022 and then put the paper on hiatus in order to focus on her work as the executive director of the Carl Maxey Center.

She had founded the independent community newspaper in January 2015. The monthly publication focused on the news, events, people and issues pertaining to the African American community. According to the paper’s website, the publication grew from 12 pages to 24 pages over the years and from 500 to 1,300 copies, in addition to serving 500 paid subscribers in Spokane and across the country.

As the Journal reported in an interview with Sandy Williams in August 2020, The Black Lens had three regular contributors and a series of monthly columns. A grant from Group Health Foundation funded a part-time assistant that helped with layout and administrative tasks. A separate grant from Spokane Arts funded a special insert in the paper’s February 2021 edition for a special Black History Month issue. Sandy Williams was the only employee of The Black Lens.

Curley said he first met Sandy Williams when she was named one of the Spokesman-Review’s Inland Northwest Women of the Year in 2019.

He said he was intrigued by the idea that someone would start a Black newspaper in Spokane, which has a relatively small African American population.

“As hard as the world is on the mainstream media, it’s been harder on the Black press,” he said.

Fascinated by her work, Curley was excited to get to know her.

After meeting Sandy Williams, Curley said he told her he was working on writing a grant to fund a position for a reporter to focus on issues pertaining to the Black community and racial and social-equity issues. He said he intended to write the grant so that the reporter would report to him and Sandy Williams for The Black Lens.

In December 2020, the Spokesman-Review announced it was hiring a race relations and social equity reporter to be funded through $110,000 in donations from the Michael Conley Charitable Fund and the Smith-Barbieri Progressive Fund through Spokane-based Innovia Foundation.

Sharon Smith, co-trustee of the Smith-Barbieri Progressive Fund, said in a statement at the time: “It’s a primary goal of the Progressive Fund to help tear down barriers of people and groups often left behind by the burdens of inequity, so they can achieve the power necessary to thrive.”

Curley said that writing grants for reporter positions was among his top priorities after arriving in Spokane, adding that 28% of the daily paper’s newsroom is paid through grant funding. Every story published that is written by a grant-funded journalist no longer carries The Spokesman-Review copyright, but a Creative Commons License, meaning it is funded by the community and therefore owned by the community, Curley said. A story with a Creative Commons License can then be reproduced by other outlets such as local TV stations, newspapers and other media.

Curley said he plans later this month to post and refill the race and social equity reporter using dollars remaining from the Michael Conley and the Smith-Barbieri funds.

A search also will be conducted for a new executive director for the Carl Maxey Center. Rick Williams stepped into the interim role as the director on Jan. 9 and said the center has drafted a job description that will be approved by the board before it formally begins its search. He said he believes his sister would be happy that he is stepping in for her.

“She would be telling me not to be shy about speaking on behalf of the Black community here,” he said. “She was adamant that you can’t water this down. There is a message in these stories that has to be told.”

He recently retired from a 30-year-career in which he led philanthropic organizations and nonprofits. He also is the founder and former president of Realize Consulting Group, a national management-consulting firm focused on supporting foundations, nonprofit originations and government agencies.

Rick Williams lives in California’s Central Coast region and moved to Spokane recently to fill in for his sister.

“It’s too important to let go,” he said. “Anything I can do to bridge the gap between Sandy’s leadership and this new person’s leadership is what I’m hoping to do.”