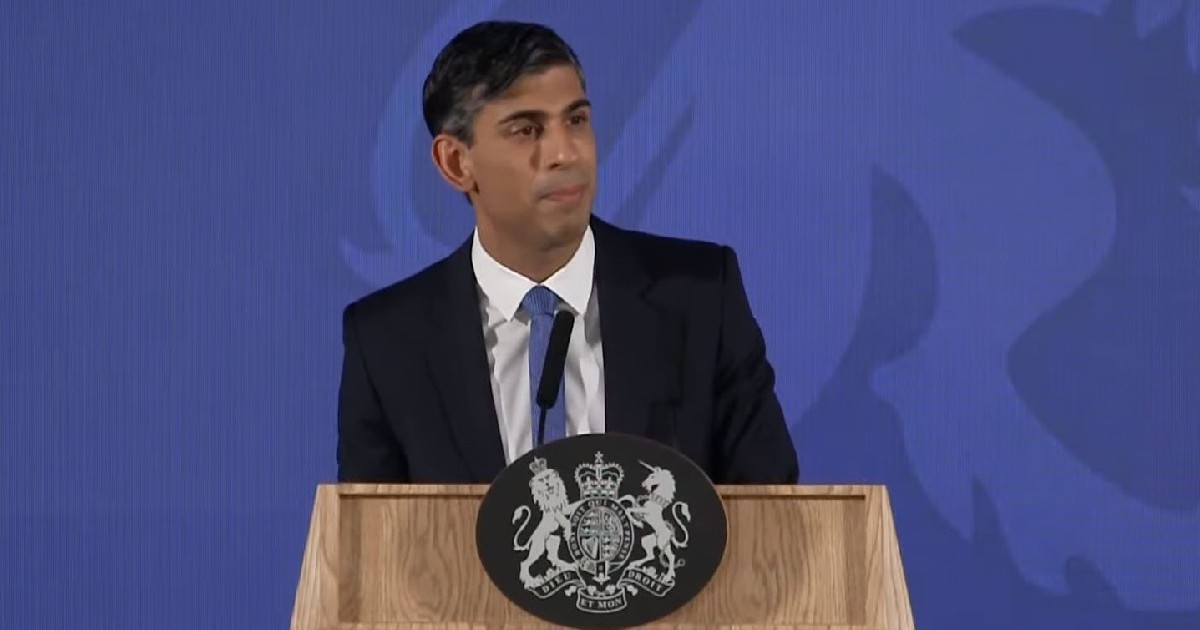 We’ve taken a look at some of the claims made in the speech, and in the government press release trailing it, below. You can watch the full speech or read a transcript of it.

We don’t know exactly what time period Mr Sunak was referring to when he referred to “the latter part of last year”, which makes it hard to verify this claim.

The government’s most recently published statistics on small boat crossings which include nationality only cover the year ending September 2022, so don’t tell us anything about the last quarter of 2022. In the third quarter of 2022, Albanians accounted for 45% of small boat arrivals, well above a third.

However, Albanian nationals did account for slightly more than a third (35%) of small boat arrivals across the first three quarters of 2022, as was reported in November.

It is possible that Mr Sunak may have slightly misspoken when he made his claim, and was intending to refer to the first three quarters of the year, or he may have been referring to as-yet-unpublished data covering October to December.

We have contacted Downing Street to clarify what Mr Sunak was referring.

Heroin and crack addicts account for almost half of all robberies

A government review of drugs use, supply and effects, published in 2020, states: “Nearly half of acquisitive crimes (excluding fraud) are estimated to be associated with drug use.”

Of all drug-related crimes, 95% were estimated to be committed by users of illicit opiates and crack cocaine.

This document appears to be the source of Mr Sunak’s claim and we have contacted his office to confirm.

Assuming that is where Mr Sunak’s figure came from, his claim isn’t quite right. “Acquisitive crimes” includes robbery, but also a number of other related crimes such as shoplifting.

According to the government’s review, 28% of robberies (stealing where a victim is subjected to force) are estimated to be drug-related, as opposed to the “almost half” claimed by Mr Sunak.

Mr Sunak didn’t mention this figure directly in his speech today, when talking about his ambition for children to study maths until the age of 18. But in a press release issued beforehand trailing the speech, the government said: “Around 8 million adults in England have the numeracy skills of primary school children.”

This is a very different figure to one the government has used previously, in May 2022, when it said: “Around 17 million adults in England – half of the working-age population – have the numeracy skills of primary school children.”

Full Fact has contacted Number 10 and the Department for Education to ask for the source of the figure in today’s press release and why it used the 8 million figure rather than 17 million, and we will update this piece if they respond.

Both figures appear to be taken from the 2011 Skills for Life survey, which measured basic literacy, numeracy and ICT skills in people aged 16-65 in England (based on population figures published by the Office for National Statistics, estimating a total of 34.1 million adults aged 16-65 in England in 2009).

It’s hard to say how accurate these figures are now. The population aged 16-65 in England is slightly higher than it was a decade ago (approximately 36.2 million in June 2021) and we can’t say for certain how numeracy skills may have changed in this population since 2011.

Numeracy charity National Numeracy told us its view is that the 2011 survey “remains the most up-to-date and comprehensive measure of numeracy skills in England”.

It added: “Skills for Life reported that 49% of the working age population has the expected numeracy levels of a primary school child. Our own research since that time has supported that figure.”

Technically this was a pledge by Mr Sunak rather than a claim, which means we can’t exactly fact check it. But there is some useful context to note around this, the first of the five key pledges Mr Sunak set out in his speech.

Inflation refers to the amount by which prices are increasing, usually presented over the course of a year.

We don’t know the exact terms of Mr Sunak’s commitment, but as of November 2022, the annual rate of inflation measured by the Consumer Prices Index was 10.7%, meaning average prices for consumers were 10.7% higher than they were in November 2021.

Halving this would mean inflation falling to around 5.4%, still above the 2% target the government sets the Bank of England.