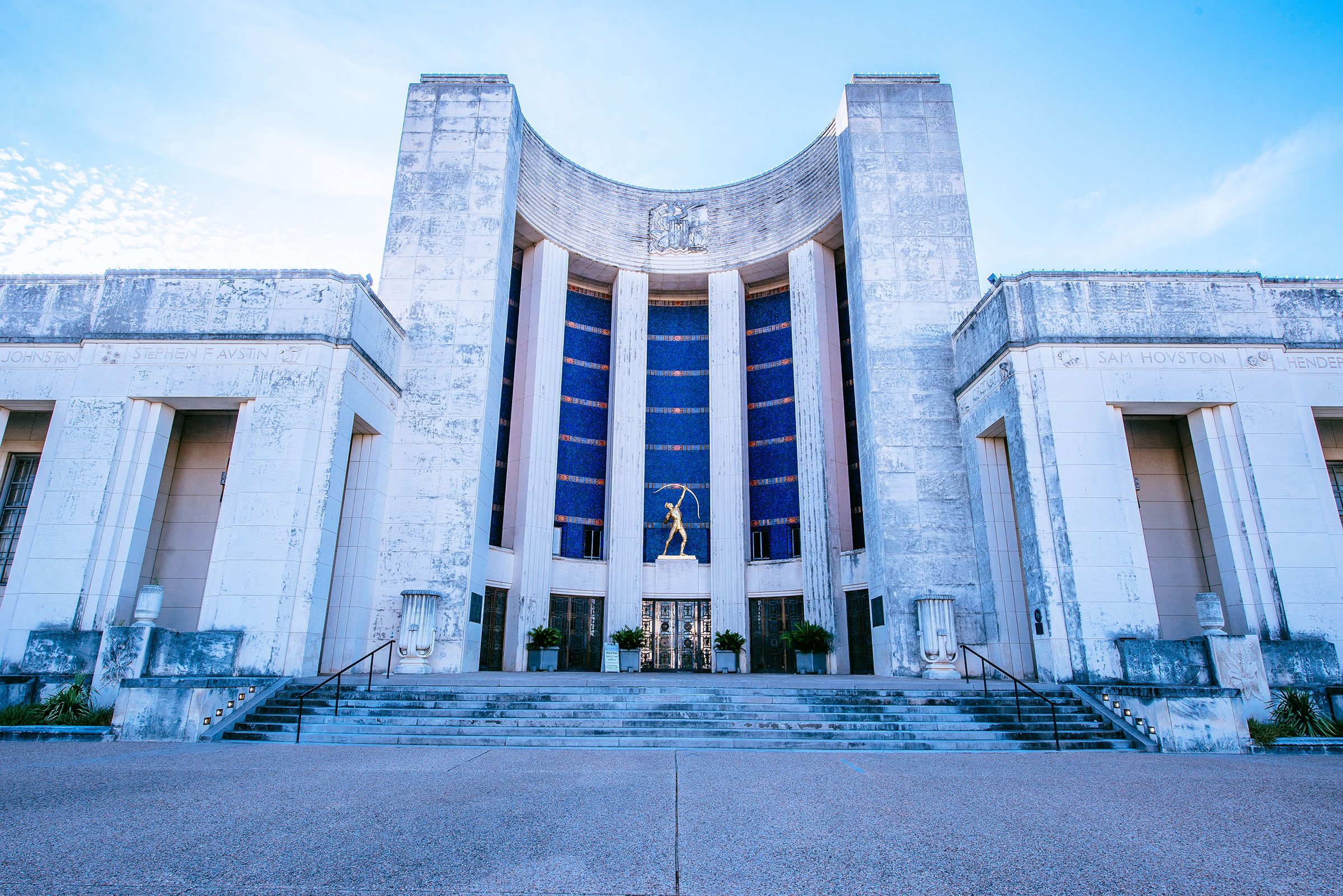 George Bannerman Dealey thought any city worth its salt needed a historical society. It was 1922, and the founder and longtime publisher of the Dallas Morning News noticed many of Dallas’ founders were beginning to die, leaving behind few public records of their lives. So, Dealey held a dinner with around 100 of the city’s most prominent residents, and the Dallas Historical Society was born. Today, it remains headquartered in the legendary Hall of State in Fair Park.

Now, more than 100 years later, the Dallas Historical Society is celebrating its centennial with a year of festivities. The team started planning last spring, executive director Karl Chiao says. Since then, the society opened a 336-square-foot interactive diorama of the Battle of the Alamo in late March 2022. For last year’s State Fair of Texas, it launched a “100 Years, 100 Stories” exhibit chronicling Texas history. Instead of the annual Dallas History Makers Luncheon, it held a gala last November. On January 19, the Society will host an open house at the Hall of State, its permanent location. On April 23, it will put on a community celebration at Klyde Warren Park.

Like other Texas cities, Dallas has a penchant for knocking down old buildings and paving over the past, but the Dallas Historical Society is working to fight that.

“Our goal is to preserve as much history as possible,” says Chiao. But what sets his nonprofit apart from other local organizations, like Preservation Dallas and Old City Park (formerly Dallas Heritage Village), which work to protect buildings, is that the Dallas Historical Society collects artifacts. Over the past 100 years, it has accumulated a massive archive with more than 3 million items. Think the first edition of the Dallas Morning News, old family bibles, directories, and early phonebooks.

For more than a decade after its founding though, the Dallas Historical Society had nowhere to house its archive. Then, in 1936, Dallas hosted the Central Centennial Exposition at Fair Park to celebrate 100 years since Texas’ independence from Mexico. The city built the Hall of State—then called the State of Texas Building—in just nine months for $1.2 million, says Chiao, “which at the time was the most expensive per-square-foot building built the U.S.”

For more than a year, visitors could stroll through the building, admiring the artifacts from years past. After the expo finally ended, the Dallas Historical Society took up residence in 1938, and has remained there ever since.

One of the biggest turning points in Dallas history is the opening of DFW Airport in 1974, Chiao says, because it put North Texas on the same playing field as other major cities with a water port. “It has made us unstoppable.”

Over the years, the society has built out a variety of permanent and temporary exhibits, plus educational programs and community events. In the early 1980s, it launched its Dallas History Makers awards program, which honors locals making strides in “categories such as business, medicine, arts, leadership, philanthropy, [and] sports,” Chiao says. In 2020, the Hall of State underwent a $14.4 million renovation. Then another $3 million in 2021 to fix damages from Winter Storm Uri. Now, the hall “looks kind of like it did in 1936,” he says. “It’s back to its glory.”

But Chiao and his team are still working to restore the society itself to its former glory. “Like a lot of nonprofits, there some tough years.” For close to two decades, they had just five employees, he says. Chiao took over in 2018. Besides fundraising money, one of Dallas Historical Society’s biggest obstacles is helping people realize that it exists. “Sometimes, I feel like we’re a 100-year-old startup,” he says.

To help, the society is working to bring back and revamp much of its programming, like its historical bus tours and its “Pour Yourself into History” happy hours. Additionally, between Dallas Historical Society, Texas Discovery Gardens, the African American Museum, and the future Community Park, “we’re trying to create enough content and programming so that you can come out here for a day,” Chiao says. They’re pushing to bring back school groups with exhibits that complement Dallas ISD curriculum.

The centerpiece of this push is the permanent replica of the Alamo. Created by Pennsylvania artist Thomas Feely Jr., Texas Liberty Forever! is 24 feet by 14 feet. “It is phenomenal,” Chiao says. The exhibit featured 2,000 figurines in battle as well as various scenes that took place across the entire Alamo fort on March 6, 1836. The society has also created a companion app for the exhibit “that people can use to bring all those characters to life, and it tells stories of the battle.”

Part of this push, too, are the centennial celebrations. On display in time for the State Fair last fall, the “100 Years, 100 Stories” includes some of the society’s “biggest hits.” This includes legendary Dallas Cowboys coach Tom Landry’s personal collection and a copy of General Order No. 3, which informed Texans that all slaves were free, two years after the Emancipation Proclamation. The January 19 event will act as an open house for folks who haven’t seen the renovated space yet and a champagne reception for former Dallas History Makers. (Tickets are $100, get them here.)

The April 23 event at Klyde Warren Park is the centennial’s grand finale. Chiao says they’re still working on the programming, but the free, family-friendly celebration will feature artifacts, videos, reenactors, live performances, and more. “It’s just a day at the park,” Chiao says, but one that celebrates Dallas’ history.

Chiao says the goal of all these programs and exhibits is to engage and educate the public, draw in younger members, and to preserve all the history that’s passed through Dallas in its short lifetime.

“History is very important—you really need to know where you came from,” he says. “Not so that you don’t make the same mistakes again, but [so] you have to have an idea of why things are the way they are.”

Get the AtHome Newsletter

Catherine Wendlandt is the online associate editor for D Magazine’s Living and Home and Garden blogs, where she covers all…