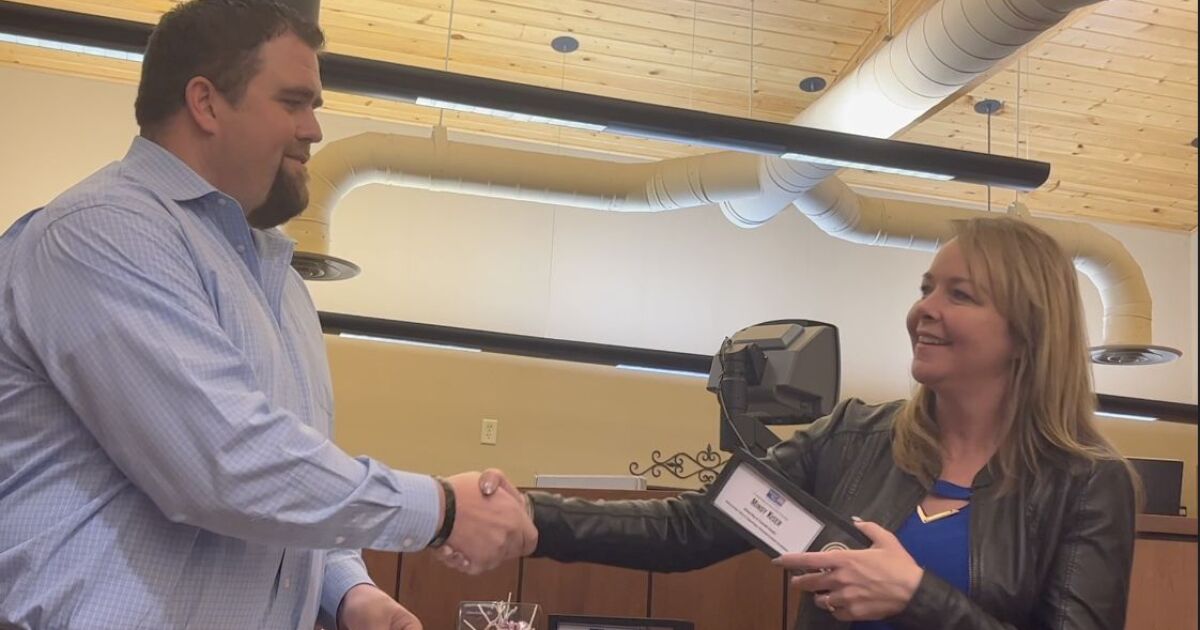 GREAT FALLS — The United Way of Cascade County celebrated a milestone at Bravera Bank on Wednesday, breaking their annual campaign record of $1,216,168.

This not only exceeds last year’s record-breaking campaign, it is also the largest United Way fundraising campaign in the state of Montana.

With the money raised in last year’s campaign, United Way helped 31,133 people through its grants to local nonprofit programs.

The idea of Cascade County businesses having one coordinated fundraising effort to mobilize resources for area nonprofits started here in the 1920s. It proved to be a win-win. Businesses and employees found it easy and convenient to have one targeted effort and nonprofits could focus their efforts on their missions instead of raising money. In 1969, the organization became known as United Fund of Cascade County and five years later we officially were named United Way of Cascade County.

UWCC Marketing Director, Kim Skornogoski said, “to imagine how far we’ve come during that time is really amazing, but of course in the last few years, when we have a day like today, when we see the community really step up, and do what they can, to help a neighbor or a co-worker, their families, to see that is just so rewarding because they know when they give to United Way, they are going to make a difference.”

During it’s annual campaign, United Way volunteers reach out to area employers both to invite individuals to give and donate money on behalf of their companies.

United Way President, Gary Owen said, “The issues that we work on, are pretty significant issues in our community, and they can test your patience in terms of the progress you can make, and certainly we’ve had some great accomplishments, some great people involved with our organization that help us advance our work, but there is more work to be done.”

This year, more than 3,000 people gave to United Way, most donating $100 by taking a few dollars out of each paycheck to help their neighbors.

Of the total, 55 percent was donated by 30 Pacesetters, which are employers who have comitted their support to building the community through United Way of Cascade County.

Skornogoski spoke on the importance of collaboration.

“United Way has a big footprint in the community, but we have a small staff,” she explained. “We could not do what we do without businesses or volunteers … Throughout the year, we’ve had more than 2,000 volunteers that help us accomplish our goals, and together, they’ve served more than 25,000 hours. That footprint in the community truly makes a difference, when it comes to days like today when we celebrate a record-breaking campaign.”

United Way Campaign Chair and Bravera Bank Montana Regional President, Shannon Hoiland stated, “Our community might not be the largest in Montana, but we certainly have the biggest heart. Our donors giving back what they have with these huge amounts to our community, and we certainly couldn’t do the things that we do without them.”

United Way has three universal goals — helping children achieve academic greatness, promoting financial stability and independence and helping families live healthier. All three are intertwined and together build a better community. Education is essential to getting and keeping a job with a livable wage and health benefits. A steady and adequate income creates stable families where kids can thrive. Access to quality healthcare keeps children on track in school and adults productive at work.

Along with directing donations to local nonprofits that are working on those goals, United Way of Cascade County is leading the way, bringing together teams of people and building its own initiatives, including efforts to help the homeless and to reduce the high school drop out rate.