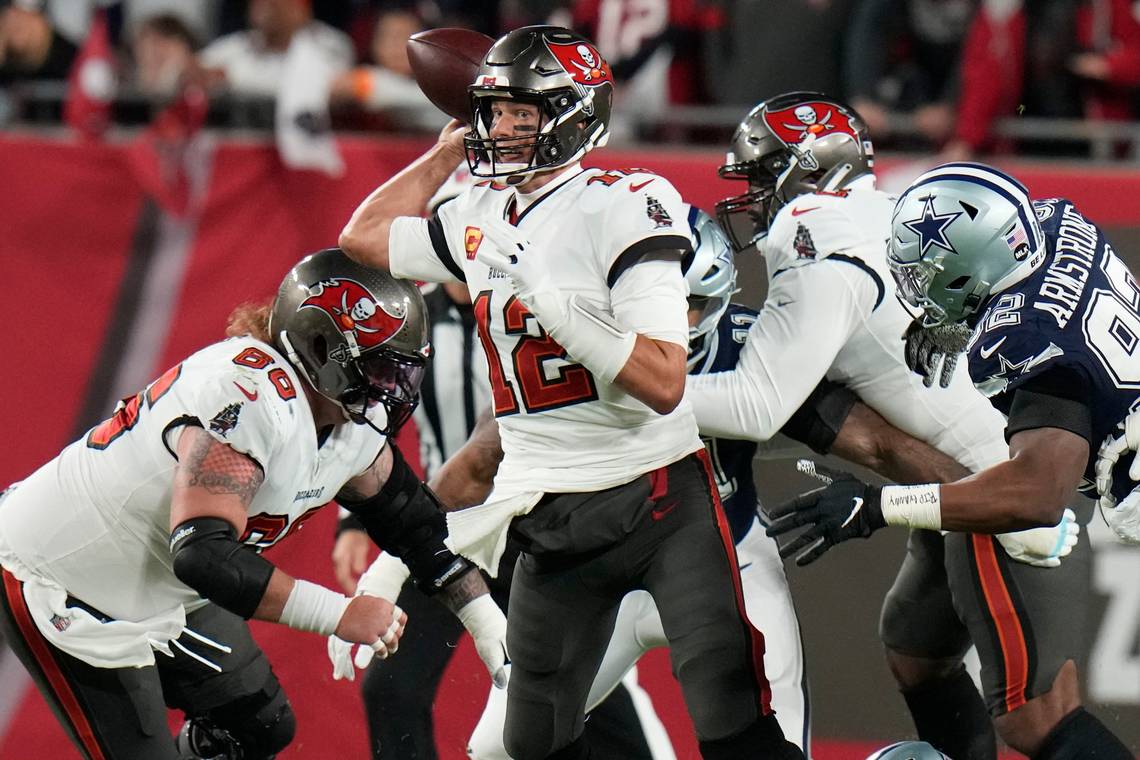 Tom Brady has been with the Tampa Bay Buccaneers for three seasons and has seemingly done it all with them, including a Super Bowl title.

But in Monday’s wild card game against the Dallas Cowboys, Brady did something he had yet to do while playing for the Bucs – and it wasn’t good.

Brady threw his first interception inside the red zone early in the second quarter when Jayron Kearse picked him off in the back of the end zone. Brady hadn’t thrown a pick in the red zone since 2019 when he was still with the New England Patriots.