What happens when 100 Houston women band together? Powerful charity 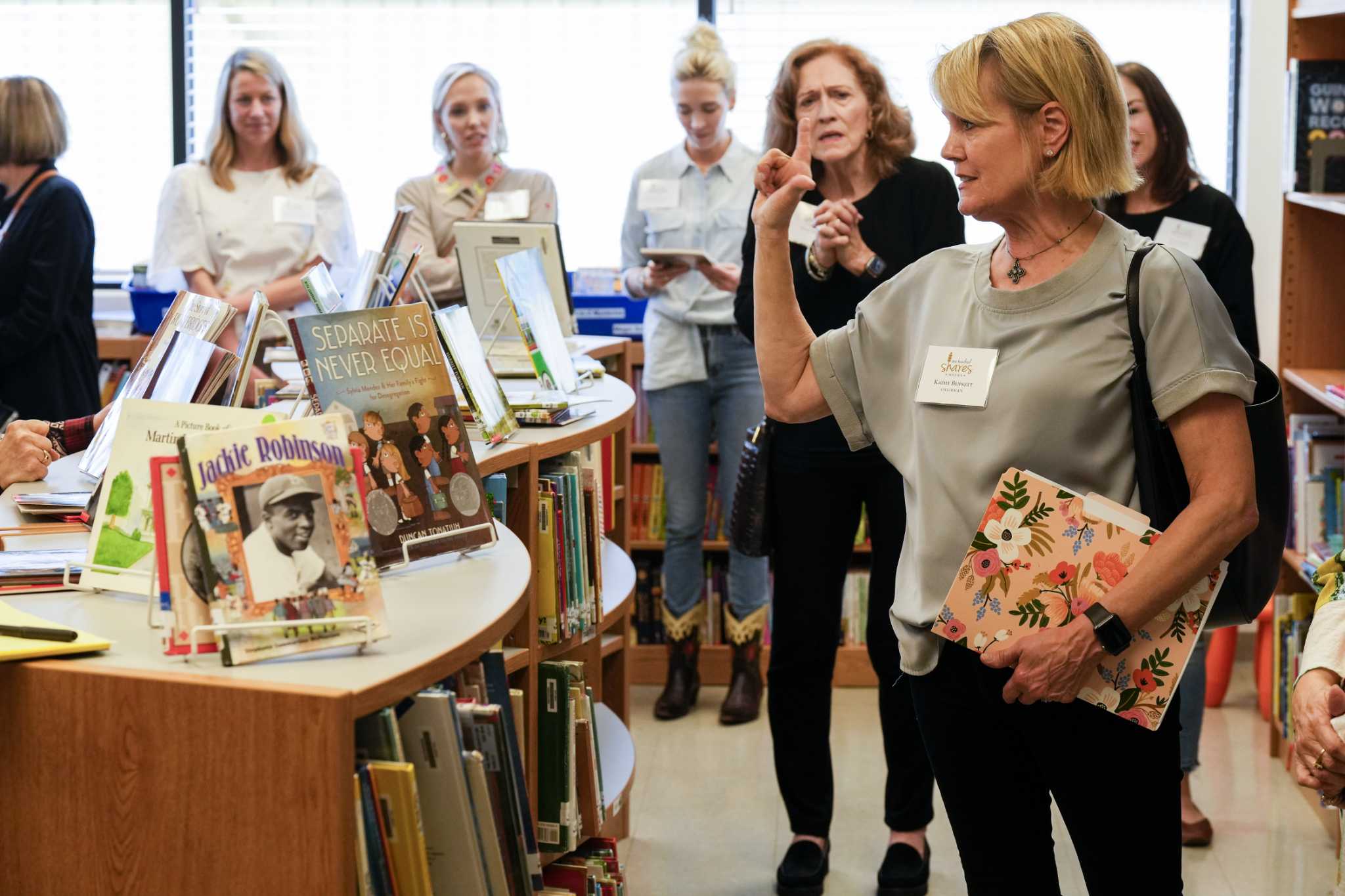 One hundred can be a magical number — when it’s 100 women working together to make a positive change for Houstonians in need.

One Hundred Shares Houston is a faith-based organization in which 100 women pool their resources and ideas in support of a worthy cause.

Each member commits to donating $1,000. Then, the collected $100,000 is either awarded to one local ministry or divided equally among two.

Finding the most deserving recipients involves a year-long investigation starting with a rigorous application process.

“If you give us $1,000, we have a huge responsibility to make sure it’s going to a ministry that is solid,” Bennett said.

Board members narrow the applicants down to four worthy contenders. Finalists give a six-minute presentation to the group in October.

Then, in January, all 100 women are invited to go for one-hour site visits at each of the four nonprofits. “The ministries can go more in-depth about what they are doing,” Bennett said.

For more information about One Hundred Shares, visit onehundredshareshouston.org.

“You learn so much more about them and get a real feel for what they do when you go to their location instead of just reading their grant application or website,” founding member Nancy Lisenby said.

This month, One Hundred Shares visited its four finalists:

The group will later reconvene and offer feedback. In March, members will host a luncheon and award the grants.

“We give every single dollar away,” Bennett said.

Since the organization’s establishment in 2014, almost $1 million has been granted to ministries.

Recipients have included a range of nonprofits, from those battling sex trafficking and homelessness to those promoting education and mentoring.

Starting up in Houston

Recipients must serve those in need and proclaim the gospel, Lisenby said. Each ministry must also be non-profit and free-standing — not a part of a church.

“Giving $1,000 is a great gift,” she said. “But it’s transformative when you multiply that donation.”

She was inspired to start the Houston group after learning about a similar organization in Dallas, from her friend Dianne Hawkins.

In 2013, Hawkins was in Houston after the birth of her grandbaby, and Lisenby went to meet them.

“Diane, tell me how you are spending your time in Dallas?” Lisenby remembers asking.

The most meaningful way was with One Hundred Shares Dallas, she responded, explaining the structure of the group.

“Diane told me the story and I just got chills,” Lisenby recalled. “I said, ‘I want to start that in Houston.’”

Hawkins’ daughter, Sara Lewis, who had been listening from the other room, chimed in, “And I’m going to help you start it, too.”

Lisenby and Lewis were soon joined by two more Houstonians interested in starting a chapter, Anne Hamilton and Ashley Clark.

The four began to brainstorm.

“We prayed over it and what it would look like,” Lisenby said. “Was this something God called us to do?”

Each agreed to recruit three other women to establish their founding board. By spring 2014, that board met, created a grant application process and a website. “And we were up and running,” Lisenby said.

The next step was identifying and inviting other women to commit to the mission.

“We called all of the ministry people at our church,” Lisenby said. “We just started spreading the word.”

At the same time, One Hundred Shares Houston developed a vetting process to screen applicants.

“The responsibility was to make sure we were giving money exactly where God wanted it,” Lisenby said. “We talked through everything.”

The first recipient was Agape Development, which provides community support and builds leadership in Third Ward; the nonprofit used its $100,000 grant to purchase a liquor store and transform it into the headquarters for its ministry.

Other past winners include Street Grace, which works to fight human trafficking; Cornerstone Family Ministries, which empowers underserved children; and Angela House, which provides a transitional living facility for women who have been incarcerated.

“Women in prison have often lost faith in God,” Bennett said. “Angela House restores their faith and uses religion to transform their lives.”

Grant recipients have to apply for a specific project, Bennett said. Funds are not allocated for general operating expenses.

The nonprofit 7More, which helps incarcerated men and women arriving by bus to Houston, used its grant in 2018 to purchase a vehicle and resources. It was founded by husband and wife team Josh and Debs Walker.

They were working with the unhoused population in Houston, Debs Walker said, when they became aware of the high incidence of recidivism, the cycle of reentering prison.

“Where they are released is so dangerous,” she said. “And we felt like God was speaking to us. He wanted His Kingdom to meet them.”

They made it their mission to meet incarcerated men and women at a critical moment in their journey to freedom.

The couple started going to the bus stop once a week to offer clothing, backpacks and food to the newly released prisoners; they eventually expanded to five days.

The $100,000 grant from One Hundred Shares Houston helped them grow.

“They literally moved us from one level of where we were in ministry to the next,” Debs Walker said.

“It put us on the map,” Josh Walker added. “It really helped us turn the corner.”

Not only did they gain financial support, but also several regular volunteers from One Hundred Shares Houston joined their effort.

“It is wonderful as a ministry to receive financial help,” Debs Walker said. “But receiving care, interest and kindness is equally valuable. These women are not just about writing checks. They really care.”

Bennett joined One Hundred Shares Houston after she retired in 2018. When she went on her first site visit, she was hooked.

“It was just inspiring to see the ministries in person, the boots on the ground,” she said. “They’re out there everyday making a positive impact. I knew that this was an organization that I wanted to get more involved in.”

LaChelle Fusilier-Harris, a Pearland resident, had a similar experience. She was invited to the March luncheon last year.

“What really impressed me was the Christian focus,” she said. “Right off the bat, it made me want to participate.”

One Hundred Shares Houston eliminates the guesswork involved in charitable giving, Fusilier-Harris said. “You know that your contribution is going to a great cause,” she said. “It’s not something that you have to question, because the vetting process is so significant. I know that the board makes good decisions about where this money would have the greatest impact.”

Fusilier-Harris looks forward to her first luncheon as a partner and plans to bring some friends along.

“When you think about 100 women giving $1,000 each and these organizations receiving a significant grant, it can just make a world of difference,” she said. “It’s a great concept.”

Bennett wants to expand awareness of the group — and its numbers. “We welcome as many partners as we can get, because the more we have, the more money we can give,” she said.

Even when applicants don’t receive the final award, they typically leave an impression on members, Lisenby said. One Hundred Shares Houston members often go on to volunteer with or donate to other finalists, too.

“By the time we’re down to our four, we’re all in love with all of them,” Lisenby said. “The biggest blessing for us as partners is it broadens our knowledge of what is going on in Houston, the amazing work that God is doing.”

“It’s all about faith, the ministries and the amazing work they do,” Bennett said.